The FRA ask residents to email brief (or long) respectful submissions on what you value and wish to protect or enhance about your neighbourhood.

The map of proposed changes across Yarra can be viewed here

Email your submission by 5pm Friday 4th December to strategicplanning@yarracity.vic.gov.au and ‘cc’ yarra.residents@gmail.com

To sway Council and the Planning Panel, our voice needs to be heard in numbers.

The FRA has responded to each stage of consultation in the review of the fourteen-year old Open Space Strategy over the last two and a half years.

The FRA fully supports the draft Yarra Homelessness Strategy which was considered at the 18 August 2020 Council Meeting. The proposed strategy is compassionate, intelligent and well researched.
Read the FRA response here

The draft City of Yarra Budget 2020-2021 provided the opportunity for the FRA to set out its priorities for both the operating and capital works budgets.
Read the FRA response here

The Fitzroy Residents’ Association has responded to the Draft Yarra Open Space Strategy. The strategy provides an important part of the jigsaw to deliver a livable, equitable and sustainable City of Yarra. Read the FRA response here.

In December 2019, the Yarra City Council developed a draft Climate Emergency Plan, and asked the local community for their say on it.
Read the FRA response here.

The City of Yarra website provides some information to assist objectors. See also www.dtpli.vic.gov.au/planning/planning-applications and the kits provided through the National Trust.

The FRA Committee monitor major developments in Fitzroy. Contact us if you know of and are concerned about a development that will impact on you, your neighbours or the suburb.

The City of Yarra website also shows the current major developments under consideration.

The increasing number of hotels being given approval to use roof tops as an extension to their existing buildings for the consumption of alcohol is impacting on the diversity of our activity centres and the amenity of nearby residents.

The decision of the Planning Decisions Committee of Council to permit the Stone Hotel at 300 Brunswick Street to use its roof top without extensive building works, designed to ameliorate the impact of noise and light pollution on neighbouring residents is of concern to the FRA and nearby residents.

SMA No.17 Pty Ltd vs Yarra City Council (and the FRA).

The Fitzroy Residents’ Association is concerned about the proposed building at 84-104 Johnston Street, Fitzroy (opposite Coles Supermarket) and prepared an Objection which was submitted to the Yarra City Council.
Read the FRA objection here

PACE Development vs Yarra City Council (and the FRA)

“Mr Brennan’s submission on behalf of the Fitzroy Residents Association is that the building should be reduced in height by a minimum of two floors to ensure that the overall scale and form of the new development provides a suitable transition to what it describes as low scale residential areas. It also submits this will ensure there is no unreasonable loss of amenity through visual bulk, overlooking and overshadowing. The association supports removing mid-levels 5 and 6 as it would reduce the building height to Johnston Street in a way that retains the upper, more physically recessed levels, rather than these larger mid-levels that sit more prominently in the street”.

The FRA has objected to the proposed development that will be the subject of a  VCAT Hearing in February 2021. It is a 12 storey building with 113 apartments, 159 car park spaces with 2 commercial tenancies. Its height and bulk would overshadow both Johnston and Gore streets. The traffic generated by the 3 level car park would have a negative impact on the neighbourhood. The building fails to meet Environmental and Sustainable Development design objectives, passive living, energy and water efficiency standards.

Our grounds for objection are as follows –

592 – 622 Smith Street & 2 – 12 Alexander Parade, Fitzroy
The FRA has objected to the proposed development on the grounds of height, bulk, heritage protection, overlooking, noise, privatisation of a laneway, excessive traffic and lack of affordable housing.

26-56 Queens Parade, North Fitzroy
The FRA has objected to an amendment to a Planning Permit  approved by VCAT that  would have a detrimental impact on the neighbourhood character of North Fitzroy. The additional 50 apartments proposed would increase the density of the development and the internal residential amenity is lacking in sunlight at the lower levels. The proposed amendment is currently before VCAT with a Hearing scheduled for February 2021.

14 Brunswick Street & 81 – 89 Victoria Parade, Fitzroy
The FRA has objected to this proposed development by the Australian Catholic University. The proposal is for a 12 storey building that is contrary to State Planning Policy, Yarra’s Heritage Overlay and would impact detrimentally on the iconic gateway to Brunswick Street, Fitzroy. The application was refused by the Yarra City Council.

27-31 Victoria Parade, Fitzroy
The FRA submitted an objection to the Planning Panel prior to their VCAT hearing for this St Vincent’s Hospital proposed development. FRA’s concerns focused on Heritage and Environmental Sustainability Design.

The FRA Committee welcomes and supports the role of individual members who along with their neighbours take on developments that impact on their residential amenity and more broadly Fitzroy’s liveability and sustainability. 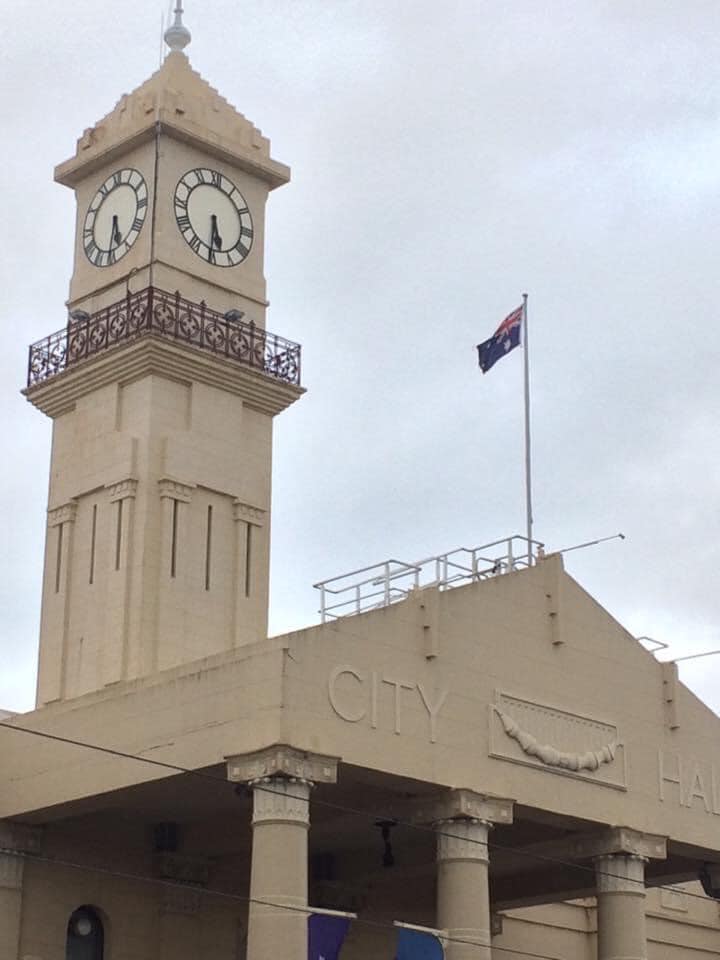