Not best, but better. 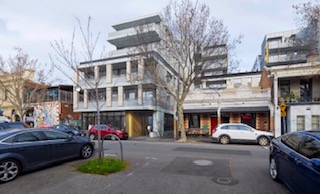 The FRA was a party to a recent VCAT Hearing to determine the future of a proposed apartment development at 88 Kerr Street, 380 Fitzroy Street and 71-75 Argyle Street

The Tribunal has issued an interim approval that has provided the applicant with the opportunity to address the issues raised during the Hearing by preparing amended plans.  The following is a summary of the changes the Tribunal has required to be undertaken if the development is to proceed: